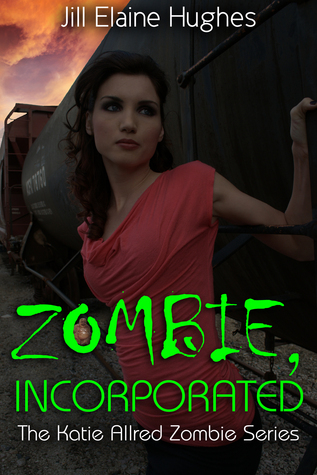 The only child of parents who had her right out of high school, Katie is herself about to leave the nest, even though she hardly feels ready.Katie’s new after-school job at the Zimble Box Corporation draws her into the complex social strata of high school cliques and backstabbing friends in ways she never imagined. Katie soon discovers there’s something very strange about the “in” crowd at school---and about her employer, too. Shortly after starting her new job, the Contagion breaks out, plunging her town and the entire nation into chaos as zombie shadow forces come out into the open, ravaging the streets.

Katie goes into hiding and her parents disappear, along with almost everyone else she knows.But Katie soon discovers she has special powers that help her survive. She’s a Beacon, someone with the innate ability to help zombies produce children. It’s a power her employer — and what little remains of the U.S. government — both want to exploit for their own ends.

Not only that, it runs in her family---which has a secret past Katie never knew about until now.Enter Agent Morehouse of the FBI Special Zombie Control Unit. A reformed zombie working undercover, he suppresses his urge to eat human flesh in order to serve and save humanity. But Agent Morehouse can’t help but be attracted to a Beacon like Katie, and she to him. Even as they fight zombies the world over, they must fight their intense attraction to each other, hoping to keep Katie from suffering Agent Morehouse’s terrible zombie fate.