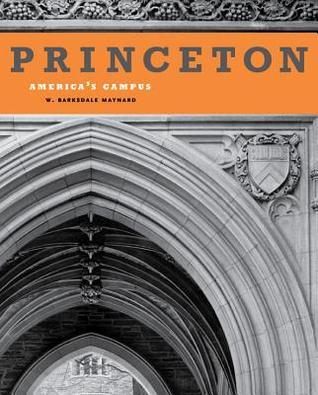 Architectural critics have lavishly praised it, and careful stewardship by administrators and architects has preserved its appeal from generation to generation. Thousands of alumni return every year to march in the gaudy P-rade, which twists among the buildings in a veritable tour of campus history, from Nassau Hall (1756) to the twenty-first century s Bloomberg Hall. And yet, if one wants to learn more to go deeper than the beautiful surface and explore the history of these buildings or the complex development of the campus it can be surprisingly hard to do so.

Although Princeton resembles an outdoor museum, explanatory markers are few, written sources are out of print and scattered, and sophomore tour guides cheerfully mix fact and myth. No plaques help the curious visitor who wishes to follow in the footsteps of James Madison, Aaron Burr, James McCosh, Albert Einstein, John Foster Dulles, Bill Bradley, or Michelle Obama, and the stories of the buildings themselves are known to few.

M. Stern, and Rafael Vinoly. He also interviewed educational leaders, including deans at Princeton, MIT, Cooper Union, and Yale, in addition to university presidents Goheen and Bowen of Princeton, Gutmann of Penn, and Rudenstine of Harvard. The book is thus not just a guide and a history- it is also an archive of the living recollections of the people who built Princeton s majestic campus.