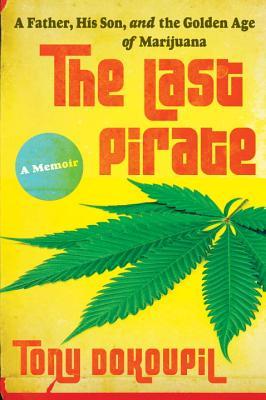 . . until it all went spectacularly up in smoke.For NBC News Senior Writer Tony Dokoupil, growing up in the technicolor fantasy land of 1980s Miami was a dream. He attended the prestigious Gulliver Prep with Bush family members and spent weekends yachting in crystal blue waters off the Miami Keys. A typical day would see his mom head off to Jazzercise decked out in feathered earrings and silver spandex while his father drank daiquiris on the lanai and cruised around in sports cars that were eventually leant to the production crews of Miami Vice.

They lived a life of excess and privilege- all built on the springy, sticky, spongy foundation of Columbias finest.Yet beneath the glitzy surface lay a dark world of midnight drug smuggles, week-long heroin binges, domestic violence, prostitution, turncoat informants and the increasing pressure of Reagans War on Drugs. What began as a peace-filled gentlemans trade populated by bleachy-haired Jimmy Buffet pirates soon turned into a violent international business fueled by greed, and Big Tonys empire crashed and burned.An excellent blend of reportage, a cultural snapshot of 80s Miami, and a deeply personal memoir, Tony Dokoupils dramatic book presents a layered portrait of a complicated man, while detailing his determination to replant the Dokoupil family tree after it has taken one hit too many.

Comments
Comments for "My Father the Drug Dealer":