The Knee Of Listening: The Divine Ordeal of the Avataric Incarnation of Conscious Light (The Seventeen Companions of the True Dawn Horse, Book 4) Adi Da Samraj 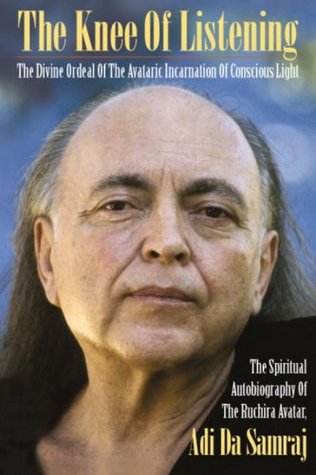 Containing simple narrative, ecstatic poetry, complex argument, and discourse, Adi Da’s autobiography reveals the miraculous story of his unique incarnation and revelation in the west for “the sake of liberating all beings.” The revised edition includes an expanded description of Adi Da’s early life leading up to his divine reawakening in 1970, as well as revelations about the spiritual work of the great realizers in his lineage.From time to time, there is a book that challenges, and eventually changes, the entire perspective of a civilization.

In modern times, Charles Darwin’s Origin of Species was such a book–and, centuries before Darwin, On the Revolutions of the Celestial Spheres of Copernicus (the first publication of the theory that the earth orbits the sun). The Knee Of Listening is such an epoch-making book–in an entirely different way. Appearing at the beginning of the third millennium of the Common Era, it carries a Revelation that has the potential to transform all future time. This book is not about how life on earth physically evolved, nor the design of the solar system (of which this planet is a part).

The Knee Of Listening is about Reality Itself, the Reality within which this earth and its cosmic locale arise—the Blissful, Effulgent, Conscious Force of Being which is always so, and which can be located and enjoyed under every possible condition, and in every dimension of space-time.—from the Introduction by Carolyn Lee, PhD

Comments
Comments for "The Knee Of Listening: The Divine Ordeal of the Avataric Incarnation of Conscious Light (The Seventeen Companions of the True Dawn Horse, Book 4)":